Last week the Department of Technology Systems and the Institute of Theoretical Astrophysics had the pleasure of hosting a two days visit from Carlos De Breuck, a collaborator from the EU project AtLAST. 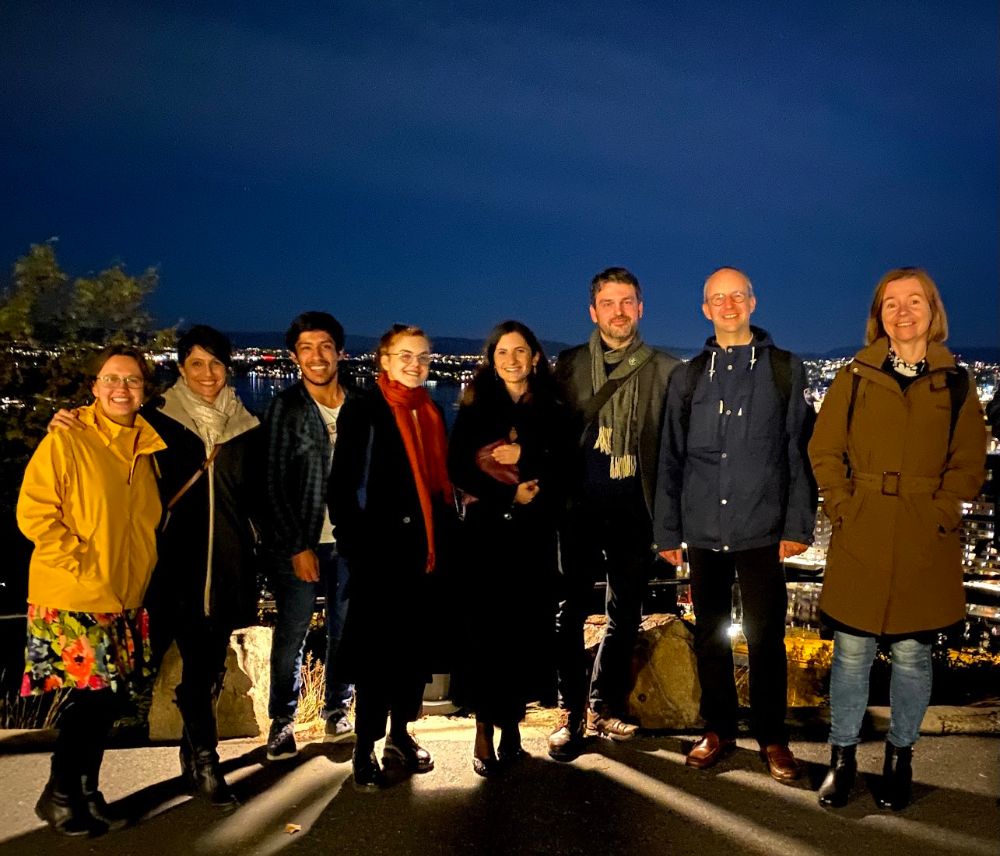 The hosts (scientists from ITS and astrophysicists from ITA) and the guest, Carlos De Breuk, after a work-dinner at Ekeberg, one of the most breathtaking view of Oslo. Photo: UiO.

Everybody enjoyed the whirlwind visit of Carlos De Breuck, project scientist at European Southern Observatory (ESO), Garching in Germany, in his tour of the «headquarters» of the Atacama Large Aperture Submillimeter Telescope (AtLAST) project, at the University of Oslo.

– The main reason was to give an "electro-schock" to motivate an active start of the project after the summer break, commented De Breuck.

– We could work on the power profiles from the ESO´s Atacama Pathfinder Experiment, APEX. We could set up a detailed work plan for the coming months with clear action items. This includes the preparations for an on-site visit in Chile, he added.

How do you run a telescope at 5100m elevation in the Atacama desert?

De Breuck held a talk at ITS on how to run a telescope at 5100m elevation in the Atacama desert for an eager and curious audience.

– To observe the origin of stars and galaxies using submillimetre telescopes, astronomers need to move to the highest and driest locations on Earth, such as the 5100m high Chajantor plateau in Northern Chile, said Carlos.
– However, this is a very remote and hostile environment, creating a range of logistical problems. 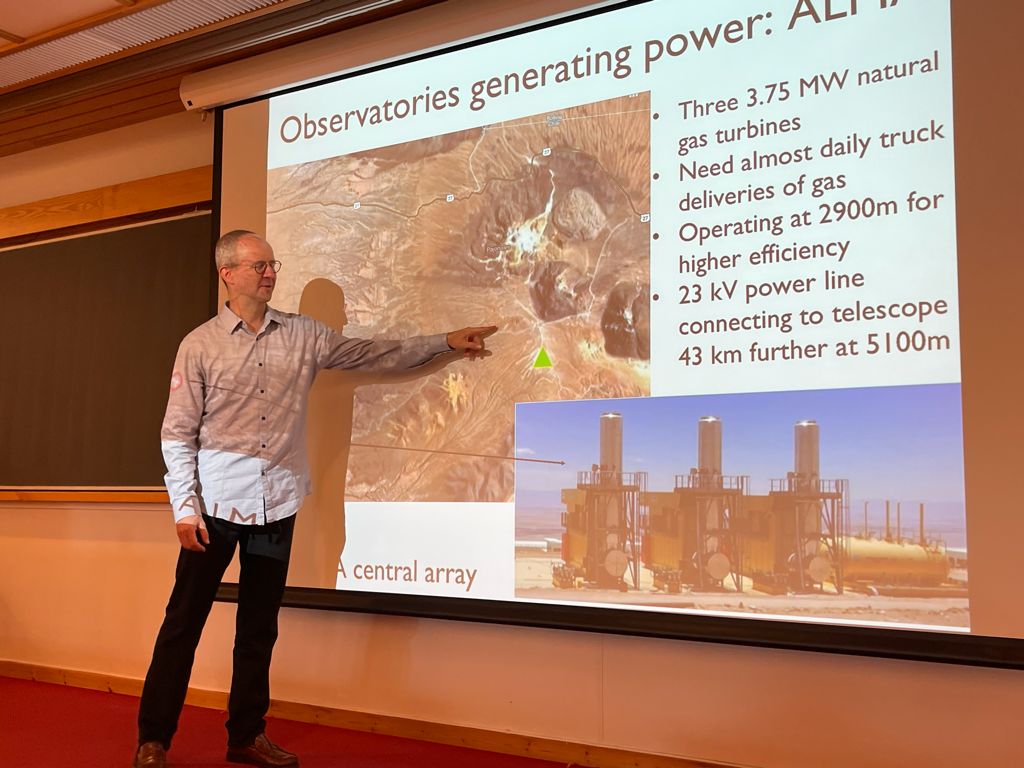 At the lunch talk at Kjeller, the collaborator provided the example of the APEX, which has been in operation since 2005. Both the telescope at 5100m elevation and the base camp at 2400m are running in complete isolation, also for the power supply.
- Providing reliable power for 24 hours relies on several diesel generators, which creates a range of complications due to fuel deliveries on a remote and sometimes inaccessible site, De Breuck added.

The experience built up over the years of APEX operations has led to move the more remote systems, such as a communication hub and a small calibration source antenna to be powered by solar energy. The main complication for such systems are a reliable energy storage during bad weather period.

The APEX experience will provide valuable input to the renewable energy work package for the AtLAST design study led by ITS.

On day 2 of his first in-person seminar abroad after the pandemic, De Breuck visited the AtLAST collaborators at the Institute of Theoretical Astrophysics (ITA), University of Oslo.

On this occasion, Carlos presented breakthrough results on the most massive and luminous objects known at a range of redshifts/distances: radio galaxies.

– We have found that the extended reservoirs surrounding these massive galaxies (the circum galactic medium, CGM) are already chemically enriched, explained De Breuck.

– This means that a significant fraction of gas in these reservoirs is not primordial gas, but it must have been pre-processed in previous generations of stars, he continued.

«AtLAST will be a game changer»

The new generation of instruments operating on the ESO´s Very Large Telescope (VLT) and on the Keck telescopes have allowed astrophysicists to study the extended gas reservoirs in more detail than has been possible before.

– In addition, the ALMA telescope does allow to obtain information complementary to the optical range of the spectrum, commented Carlos.

However, many questions remain answered, such as how much of this CGM gas there really is, how it is distributed, how the streams in and out of the galaxies are happening, how much interaction there is with nearby galaxies.

– All these questions are essential to understand how galaxies form. AtLAST will be a game changer, as the 50m telescope is specifically designed to do this, he concluded confident.

– These were my first in-person seminars in more than 1.5 years, I was stunned how efficient this is compared to on-line meetings, commented De Breuck.

Despite the traveling and the work done for preparring two independent presentations, Carlos and the AtLAST team could set out the work for the months to come.

– People were very engaged, asking very pertinent questions, and the discussions afterwards were very motivating to bring up new ideas.